Fuel injector is a mechanical device which controls the injection of fuel into the combustion chamber of engine. Modern fuel injectors controlled electronically with the help of ECU (Engine control unit). Injector responsible for the proper mixing of air and fuel and it also controls the pressure and timing of fuel injection. The requirement of injection of fuel into the engine after compression stroke is completed or just before the expansion stroke is start. We can easily understand by taking an example of diesel engine in which air is drawn in the combustion chamber in the suction stroke after that compress to a high pressure to raise the temperature the of the air at a value which is required to ignite the injected fuel into the combustion chamber. Injector controls the quantity of fuel injected into the cylinder. Following are the functions and requirements of injector:

Injector:
Construction:
As discussed above injectors are used for proper supply of fuel into the combustion chamber by using some pumping force. Fuel injector is a small device but performs most important job in automobiles. It consists of a barrel in which a plunger is reciprocating by means of camshaft. Camshaft rotates with crankshaft. The plunger used has single stroke and single acting. Plunger and barrel has very low clearance. This small clearance provides proper sealing and provides high pressure. At the top of the barrel a spring loaded delivery valve is attached. Delivery valve is connected to the delivery pipe through one side and with the nozzle on the other side. A rack and pinion is used to rotate the piston which controls the quantity of fuel supply.

Barrel has two radial opposite holes one is for inlet port and other for controlling port for fuel supply. For varying the quantity of fuel in different stroke and at different speed a vertical channel attached which extending from top face of the plunger to an annular groove that is on the upper side of the plunger. Generally the top edge is machined in the form of helix. This upper end also called as control edge. During delivery of fuel cam rotates due to which piston goes up and supply high pressurized fuel forward this time spring is at its bottom position. Cam raises the plunger up during the delivery stork and plunger returns he spring back to the bottom position.

Working:
In fuel injection fuel is drawn from the fuel tank using fuel pump then pressure is checked by fuel regulators. Before entering into the combustion chamber fuel is goes through injectors. In case of multi cylinder engines fuel is divided using fuel rails in order to supply equal amount of fuel in all the cylinders of the engine. Working of injector is very simple like a reciprocating pump when the plunger is at rest position i.e. at the bottom the fuel goes through inlet port into the barrel and fills the whole empty space into the cylinder. After that when cam rotates; plunger starts moving up and close the inlet port and pushed the fuel up and injects the fuel into the combustion chamber of engine through nozzle. Nozzle injects the fuel at sufficient pressure with high velocity because at high velocity smaller droplets will forms or better atomization is done. Smaller droplets have less momentum so no chances of the penetration in the body of engine.

The injection process continues till the end of the upward stroke of the plunger and the lower end of helix uncovers the spill port. After the uncovering of spill port the pressure of the fuel in the barrel is drops down when fuel travels back to the suction chamber through the vertical slots on the plunger. At that time both spring loaded injector and spring loaded delivery vales are closed and stops injection process. This closing process is necessary to avoid further addition of fuel into the combustion chamber. This process continually repeated while working of the engine.

Mechanical injectors: This is the example of advancement in technology in the field of fuel injection system. It is almost similar to the blast injectors as above discussed but the only difference in some mechanisms which are installed in mechanically operated injectors. These are run by camshaft, gears and some special types of cams. All these combine work and controls the time of fuel injection by opening and closing of valve.
Applications:
Injectors are used in almost every automobile for example in cars, bus, trucks and tractors. Injector delivers the fuel into the injection system of automobiles and it is located on the head of the engine or sometimes threaded into the combustion chamber with nozzle inside.

This is all about injector construction, working, types etc. If you have any query regarding this article, ask by commenting. If you like this article, don’t forget to share it on social networks. Subscribe our website for more informative articles. Thanks for reading it.

One Reply to “What is Automobile Injector and its Types” 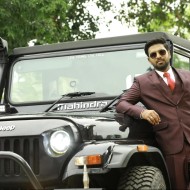 Hi, I'm Fahadh V Hassan an aspiring blogger with an obsession for all things tech. this blog is dedicated to helping people learn about technology.

Feel free to join me on My Social Networks.

It’s Me Fahadh V Hassan, This is My Official Website.